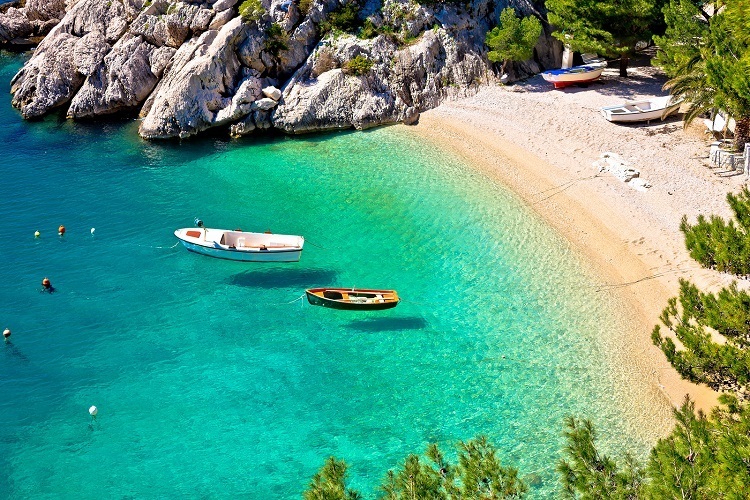 Since it is a heavy working period for me, I will have to take my vacation a little bit later then a normally do. But because I already miss the beach, crystal water and smooth sands, I’m cheering myself up with some of the best beach movies. Wonderful landscapes, good looking actors… it almost makes me feel glad not to be on vacation. If you’ve ran out of ideas about where to spend your holiday, these movies can give you some nice tips. And remember: what happens on holiday, stays on holiday.

So, have a look at some of the very best beach movies:

Phi Phi Island in Thailand. Exotic savage paradise. Need I say more? Leonardo DiCaprio plays Richard, a young American who is vacationing in Asia with a few friends. In Bangkok, he meets a crazy Scotsman, who goes by the name of Daffy Duck. Before killing himself, Daffy gives Richard the map of a beach in Thailand which is said to be Heaven on Earth. Not having anything better to do, Richard and his friends try to find the place on the map, which, after a dangerous journey, they actually find. And it is in fact heavenly. They find out they are not the only people on the island. There’s also a large group from all over the world who already lives near the coast and the few natives do not appreciate intruders.

Another beautiful island, another Richard. Taveuni Island in Fiji is where the magic happens in Return to the Blue Lagoon. While travelling on a ship, a little boy is rescued by the Hargrove widow, after his mother dies and he is left all alone. But the two of them, together with the widow’s daughter are abandoned by the captain on a seemingly deserted island due to a cholera epidemic. The woman takes care of the two kids teaching them the basics of life, but she ends up getting sick and dies. Years pass by and we discover Richard and Lili as adults who learn about adulthood on their own. They marry, have a child together and seem to live an idyllic life in the middle of paradise. But everything is about to fall apart when a ship arrives to the island and their lives are disturbed by the so-called civilized society.

Single and having doubts about everything, Eddie (Ben Stiller) feels lonely after attending a friend’s wedding. Teased by friends and family as being the only bachelor left in the group, Eddie decides to take the big step. After dating for just a week and experiencing great pressure from his father and his best friend, Eddie proposes to his girlfriend, Lila, fearing that she might be his last chance at love and marriage. After the hastily preparations of a Hawaiian wedding, the newlyweds go on a three-week honeymoon in the wonderful Cabo, Mexico. That’s when Eddie realizes he has just made a terrible mistake. Lila turns out to be very different, certainly not the woman of his dreams. As soon as the vacation begins, she drives Eddie crazy with her abusive habits and inconsiderate behavior. Fortunately he meets his true soul mate, but he has to somehow manage to keep his wife away while courting his new found love.

Go through comcast offers to find whichever movie will make you feel less sad you’re not on vacation right now. You will certainly find the ones listed above.

Where You Can Enjoy Romantic Vacations in Italy

5 tips every teenager should look out on a road trip

Preparing for your summer holiday